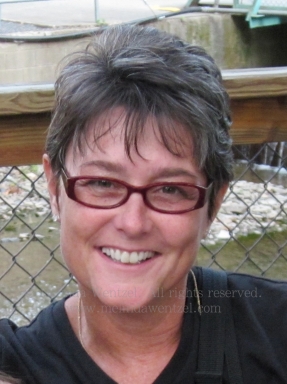 Melinda L. Wentzel, aka Planet Mom, is an award winning slice-of-life/humor columnist and author whose primary objective is to keep mothering real on the page while maintaining some semblance of sanity on the home front. Her work has appeared in the Atlanta Parent Magazine, the San Diego Family Magazine, the Kansas City Parent Magazine, Twins Magazine, Life in Altamonte Springs City Magazine, Bylines 2008 and 2009 Writer’s Desk Calendars, Chicken Soup for the Soul, A Cup of Comfort and various online publications to include Story Bleed Magazine, Mamapedia, BetterWayMoms, Mom-Stuff, HybridMom, MomBloggersClub and the Huffington Post.

By turns, Melinda’s spiel is gloriously irreverent and surprisingly tender. She and her husband reside in north central Pennsylvania with their twin daughters, two pampered dogs and a self-absorbed cat. Follow her on Twitter at www.Twitter.com/PlanetMom, read her spiel in the Webb Weekly, Williamsport, PA or find her on Facebook at www.facebook.com/NotesfromPlanetMom to share your in-the-trenches parenting moments.

Planet Mom: It’s where I live. More specifically, at the corner of Irreverence and Over-sharing. Please join me.

At the start of each school year, I want to crawl under a rock when I imagine the pall that will undoubtedly be cast over my children’s teachers upon learning that my dear charges are more than just a little familiar with Jeff Dunham’s stand-up routine and the irreverent crew of puppet people he brings to life on stage. Or that I once laundered 74 pairs of underpants in one day (we counted). Or that all who reside under my roof believe that ketchup is an actual food group and Bruster’s ice cream, the nectar of the gods. Or that my heathens used to pay homage each night to Walter, the Farting Dog, an inflatable replica of a beloved fictional character which was suspended from their bedroom ceiling, compliments of Betsy at Otto’s Bookstore. Or that I’ve fed my brood dinner in the bathtub more than once, to compensate for my less-than-stellar (read: abysmal) performance in the getting-to-bed-on-time arena. Needless to say, there is a glut of dysfunction present in my home.

Basically, I write because I can’t afford therapy.

“…most of what happens to me on a daily basis is just too damned funny to keep to myself.”

Planet Mom: It’s where I live, mastering the art of defective parenting. Spectacularly.

Order your copy HERE: http://www.amazon.com/dp/0692830014 and if you think Deliverance truly delivers (laughs and great advice, too), please write a review there and I will be eternally grateful.

Featured and interviewed as the very first “Social Mom” of the month (January 2011) by SocialMoms.com.

Nominated as one of the Top 50 Mommy Bloggers on Parenting by NewMommyOasis.com. (July 2011)

Featured as a “Must Read” mom blogger by the Nanny News Network. (March 2013) 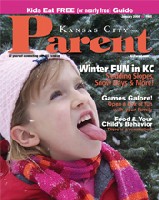 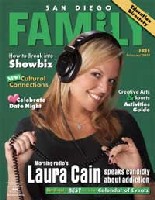 Calendars, Chicken Soup for the Soul, A Cup of Comfort, the Williamsport Sun-Gazette, Mountain Home Magazine as well as 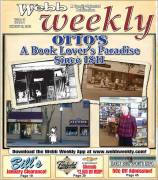 publications to include the Huffington Post, Story Bleed Magazine, Mamapedia, BetterWayMoms, Mom-Stuff, HybridMom and MomBloggersClub. Since 2003, Melinda’s print newspaper column, Notes from Planet Mom, has reached nearly 60,000 homes per week in the largest

geographic county in Pennsylvania via Webb Weekly of Williamsport. Her column has also appeared regularly in the Khaleej Times, Weekender, Dubai, UAE.

“M” is for Motherhood

While it’s true the term “motherhood” is a simple collection of ten letters, specifically arranged for ease of pronunciation, it is suggestive of so much more. In sum, I regard it as a wholly intangible, behemoth-like affair that effectively upended all that I thought I knew about life as a decidedly callow twenty-something. Needless to say, the experience continues to shape and mold me, schooling me day and night in the curious ways and means of children, wowing me with the inherent remarkableness of the aforementioned creatures and rendering me forever changed as an individual. As it should be, I suppose. That said, here’s how I spell motherhood.

M  Motherhood is a messy beast-of-a-thing—with its suffocating mass of sippy cups and sidewalk chalk, Legos and lunch boxes, bicycles and Band-Aids. Never mind the ubiquitous nature of stuffed animals and the profusion of refrigerator-worthy masterpieces that inhabit our homes, marking time as our progenies progress along the winding path of childhood. And let us not forget all the lovely shades of gray with which we must contend: the tangled complexities of teens, the relentless questioning of toddlers and the soft underbelly of the headstrong child—the one we try desperately to govern without stifling. Indeed, motherhood is a messy business.

O  Motherhood is overwhelming to be sure—a seemingly insufferable, plate’s-too-full collection of moments that, when taken together or viewed within the prism of the unattainable ideal, beat us into submission, the thrum of parental failure ringing in our ears. That said, there’s nothing quite like comparing oneself to the façade of perfection—holding our harried selves up against those who appear to be getting it right, the moms who keep all the plates spinning as if flawless extensions of themselves.

T  Motherhood is timeless—an eternal post to which we are assigned, willing or not. From the moment our writhing infants, ruddy-faced and wrinkled, are placed upon our chests, motherhood begins in earnest. And although our parent/child relationships shift and season over time, they remain inextricably woven within the fabric of our lives. Not even death can end the appointed role, as a mother’s counsel is sought long after she has been eulogized.

H  Motherhood is a humbling experience. Ask anyone who has ever faced the stinging truth as it relates to intolerance and hypocrisy—delivered by a six-year-old, no less, soundly putting those who ought to know better in their respective places. So often kids eclipse our academic abilities, too, reminding us how important it is to embrace change. Never mind that every fiber of our being screams in protest. Moreover, becoming a parent means a humbling loss of identity to some extent, punctuating the uncertain nature of our so-called significance in certain circles. We are simply So-and-So’s mom now—maker of sandwiches, applier of sunscreen, gracious recipient of dandelions. But somehow the title feels right, as does finding a pretty vase for the dandelions.

E  Motherhood is edifying in that literally every day we learn something new—most of which is harvested from conversations at the dinner table or at bedtime, from diaries that beckon unremittingly or from tiny notes we discover wadded up in someone’s pants pocket. We spend a lot of time watching, too, realizing that our mothers were right all along. Children will, indeed, cut their own hair, shove peas up their noses and breach late night curfews to test both boundaries and our resolve. Arguably, the lessons of motherhood never truly end.

R  Motherhood is real. Good, bad or indifferent, it is palpable, inimitable and exceedingly enlivening. It is the stuff from which memories are made and so much purpose is derived.

H  Motherhood delivers nothing less than a heady rush—an intoxicating dose of awe wrapped in the sheer rapture of having had a hand in creating life, not to mention having been called upon to shape one or more future citizens of this world. Mothers are, without question, difference-makers.

O  Motherhood makes us swell with omnipotence now and again—a grand and glorious surge of I’M THE MOM, THAT’S WHY sort of sway that leaves us feeling all-powerful, if only fleetingly. But nothing makes us puff up more than hearing censure as priceless as, “Dad, did you get Mom’s permission to do that? She’s the Rule Captain, you know.”

O  With motherhood comes obsession. And spiraling panic. And unfounded fear. And, of course, debilitating worry over that which will probably never occur anyway. In sum, we fret about bumps and bruises, unexplained rashes and fevers that strike in the dead of night…about report cards and recklessness, friends we cannot hope to choose and fast cars that will whisper to our charges, inevitably luring them within, despite our best efforts to forbid such foolishness.

D  Motherhood is delicious—a profoundly gratifying slice of life we would do well to savor. Never mind its patented swirl of disorder and wealth of doubts, fears and impossible demands. Indeed, motherhood threatens to swallow us whole, while at the same time allowing us to drink in its goodness, gulp by gulp.

Planet Mom: It’s where I live (reflecting on the many facets of motherhood). Visit me there at www.facebook.com/NotesfromPlanetMom to share your in-the-trenches parenting moments. 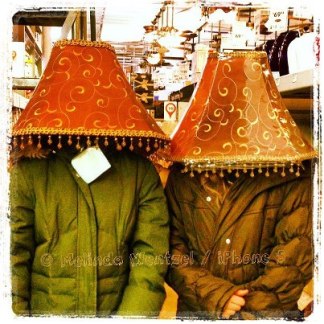 Like to see PLANET MOM in your local newspaper?

If you feel deprived (and I know you do) because your local newspaper doesn’t happen to carry Notes from Planet Mom (Oh, the horror!), I urge you to contact the editors immediately, lest the world should stop revolving.

Whine, whine and whine some more.

Grovel if you must.