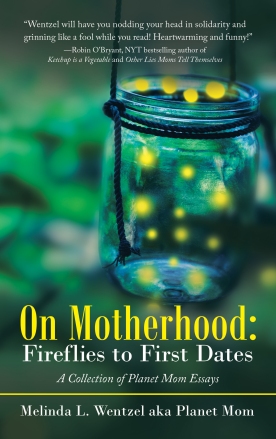 Killing time is a completely foreign concept to my children. Completely. Foreign. It’s absurd actually—to think they’d deliberately destroy or somehow devalue so much as a solitary second of that delicious commodity. Quite frankly, it’s unthinkable. To them, the notion of being granted an extra nugget of time on this wonder-filled planet—whether measured in minutes, hours or days—is like stumbling upon a package that’s been shoved behind a thicket of boughs under a Christmas tree, all but forgotten, waiting to be discovered, brimming with endless possibility. It’s a gem through and through, and wasting its sparkle is simply not an option. Not for them, anyway. Time is far too dear.

Even the sandman encroaches upon their beloved daily allotment. “But Mommy, if I go to sleep, I’ll miss something.” I suppose he encroaches upon everyone’s share of the pie to some degree—as does the host of responsibilities we cram into each slice, almost without thinking. Oddly enough, some of us actually believe that if we scrawl the details of upcoming events into a bunch of little squares and then prominently display them on our refrigerators, we can, in fact, attend said events. All of them. Even the ones that overlap, are insignificant or are logistically impossible.

Without question, harried schedules breed harried lives. No surprise there. Jammed calendars and bulging-at-the-seams planners are nothing new under the sun. People have been trying to stretch days and squeeze every last drop from the Almighty Clock for eons. It’s practically a national pastime. Going here. Going there. Doing this. Doing that. All at a horrendous pace. We joke about being overburdened with obligations as a way of life, casually sharing our collective plight at dinner parties and picnics. Just for fun, we compare notes and then award prizes to those who, ostensibly, are three barbecues, two reunions and one kid-themed birthday party short of complete lunacy. When all is said and done, precious few pockets of time remain—time that isn’t already spoken for.

Interestingly, it’s those unclaimed gaps that my kids truly relish, the time wedged between rigidly structured events and penciled-in plans—the nooks and crannies of life. Like those priceless moments spent at the bus stop each morning, where they pass the time without so much as a hint of boredom or complaint. Sometimes we read. Sometimes we talk. Sometimes we chase snowflakes and leaves, other times—woolly caterpillars and hapless ants. Sometimes we huddle together under an umbrella, with soggy shoes and drippy noses or battle the biting winds and subzero temps of January, snuggling ever closer, our breaths mingling in the frigid air. Even still, the time is thought to be rich and delicious.

It’s the same scenario in the waiting rooms of our doctor and dentist, at the supermarket checkout, in line at the bank and while gnarled in traffic. In restaurants, while fiddling with spoons and drawing silly pictures of giraffes and elephants on our napkins and placemats. Before the sun sets, the fireflies fill the night sky with yellowish flickers of light and the fireworks begin at long last. And in the theater, during that eternal block of time before the lights dim and the film finally starts, when we consume a hefty portion of our popcorn and soda—that’s when we share secrets, giggle just because and make memories that last. Whiling away the hours at Grandma’s viewing three weeks ago was no exception.

I have no doubt that she would have been pleased to see them whirling about the church parlor in their fluffy dresses, weaving colorful stories with their dolls, completely absorbed in the world of make-believe as they held their tiny horses and made them gallop gently across the backs of cushiony pews—just being kids. Taking advantage of yet another opportunity to seize the day—words their grandmother lived by, and died fulfilling. Words that perhaps were an inspiration to do more than just kill time—but to savor it—especially those nooks and crannies.

Planet Mom: It’s where I live.

Comments Off on Nooks and Crannies

Filed under In the Trenches of Parentville