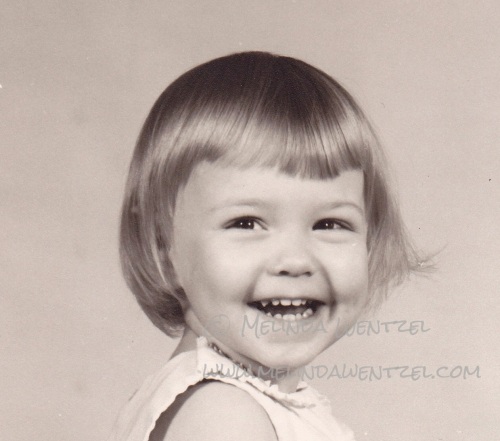 Some families are afflicted with flat feet, male pattern baldness or an inability to dance. Our family curse, apparently, involves getting stuck in public restrooms. It all began when I was three years old, according to a story my mom liked to tell so that I might recall a time in my life when I was very small yet capable of causing a great deal of inconvenience—much to her amusement, at least in this instance.

Evidently I wasn’t fond of visiting the doctor’s office and upon my arrival I let it be known that I didn’t want to be there by promptly locking myself inside a tiny bathroom and refusing to come out. The office was actually an old house, so the bathroom in question had a wooden door with a metal lock that even a three-year-old could easily turn. Looking back, I suppose my situation could have wavered somewhat between being a deliberate act and an unintended circumstance—at once a defiant child and a prisoner of my own making.

At any rate, after a great deal of coaxing and a fair amount of instructing, my mother and the doctor together decided the only viable solution was to remove the door from its hinges. While I have no idea how much of an annoyance this must have been for all parties concerned, I can certainly imagine.

Although I can’t possibly quantify the number of times my twin daughters have been stuck inside a bathroom stall (and happily crawled beneath the door to escape), it’s clear they have continued the tradition of being jinxed. One of the pair, who was quite young at the time, managed to trap herself in yet another public restroom, this time at a hotel swimming pool where the heavy, metal door had become jammed. With all the commotion and noise that emanated from the pool (i.e. dozens of kids screaming and splashing), no one heard her shouting for help or banging on the door in an attempt to get someone’s attention. Eventually, my husband and I noticed a dull thud coming from across the room, one that had become louder and more frantic as time went on. So we got up to investigate and upon discovering that she had been stuck inside for God-knows-how-long, we were ashamed to have been so oblivious. I think she has since forgiven us, but probably still harbors a degree of resentment regarding the bathroom issues that have plagued our family forever.

True to form and later in life, I once again demonstrated my ineptitude as it relates to using public facilities. This time, however, I managed not to imprison myself within the confines of a lavatory stall, but rather I somehow dropped my cell phone in the toilet. Almost immediately I thought of how stupid I had to be in order for my phone to wind up there, immersed in all manner of filth. To make matters worse, I have a tendency to freak out about germs so this particular faux pas was considerably more than I could handle. Of course, I dashed to the sink and doused it with soap and water, hoping against hope that the blasted thing would work again. Amazingly enough, it did.

Public restrooms have apparently been the bane of my husband’s existence as well. Just recently while we were touring a university he called me from the men’s room to inform me that he was stuck inside a stall and needed me to fetch someone from maintenance to get him out. I wish I were kidding.

Not surprisingly, he spent an embarrassment of time jiggling the latch and banging on the door, to no avail. He then shook the entire metal frame that housed the door, but stopped for fear of tearing it off the wall. He also tried muscling the lock itself until it spun freely (never a good sign). Not once did he consider crawling beneath the door. That was out of the question.

As luck would have it, eventually the door simply fell open, mocking his efforts to escape. At least he didn’t suffer the added humiliation of having someone show up with a toolbox to save the day.

Planet Mom: It’s where I live (probably rescuing someone from a bathroom stall). Visit me there at www.facebook.com/NotesfromPlanetMom.

Comments Off on The Family Curse

Filed under Family Affair, Normal is Relative, We Put the Fun in Dysfunction