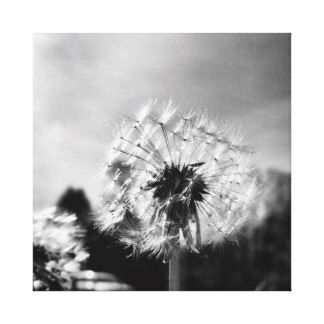 Sometimes the stuff we need to hear from our children is muddled or falls to the floor, silent as snowflakes. Other times, those gems of communiqué are deafening, delivering messages that are both unfiltered and unapologetic. Still other times, the meat of the message is sandwiched in-between layers of fluff, artfully disguised as something unimportant. As a stunningly imperfect parent, I’ve been on the receiving end of each of these, although the sandwich-y variety is especially popular with my motley crew.

“Mom, please don’t sing in the car. You’re ruining Ed Sheeran for me. And by the way, I had a horrible day at school. Don’t even ask. Now you’re ruining Adele. Please stop.”

Occasionally, I’m thrown off course by such commentary (i.e. harsh critiques of my musical abilities, or the lack thereof) and, consequently, fail to attend to the nugget of truth nestled within the statement: “I had a bad day, ergo I will pummel anything and everything in my path to relieve my pain and angst.”

Thankfully though, messages of that ilk usually snake their way through the tangle of thoughts crowding my mind and I actually address what’s bothering the daughter in question. It’s only taken me 27 years of parenting to figure that out.

If I’ve learned anything at this post, however, it’s that the learning never ends. And that more often than not, the most valuable lessons are the ones taught by the children I’m attempting to raise.

Case in point: Not long ago, at the close of a very long day, I was in the thick of admonishing one of my teenagers for the disgraceful state of her bedroom—which is more like a burrow than anything. Over the past few years, I’ve grown accustomed to keeping her door shut in order to avoid a rage-induced tirade, since it’s a battle I’d rather not have.

That said, her clothes are nearly always strewn like carnage, the dirty ones rarely making it to the hamper, the clean ones arranged in tired heaps on the floor, almost never finding the drawers or closet because that would make entirely too much sense. In all honesty, I can’t remember the last time her bed was made, nor can I accurately recall what the top of her dresser looks like without the hodgepodge of stuff piled on it—an avalanche in the making.

Not surprisingly, I’ve been known to unearth remnants beneath her bed such as discarded bowls, Starbucks cups and the earbuds that had been MIA forever. Admittedly, and on occasion, I break down and mate the socks I stumble across and pair the shoes that I might have hurled into the aforementioned hovel because I simply can’t stand that they aren’t together, let alone in their rightful place in the universe.

So when I discovered her rain soaked hoodie, balled up in the corner of the dining room AGAIN, I began to seethe, marching upstairs to deliver it in person. And since she was standing in the doorway of her lair-turned-shrine-to-epic-disorder I couldn’t resist the urge to chide her about that, too.

“Your room is a DISASTER,” I spat, completely fed up with having to have the same conversation. Again.

“Yes, but I’m not,” she answered as she looked me straight in the eye—then hugged me tight and headed off to bed for the night.

It’s what I needed to hear—a tiny reminder that the really important things in life aren’t disastrous, one of whom was standing squarely before me, growing into a remarkable human being, one who is loving and kind, joyful and generous, hopeful and bright. It was a message both loud and clear that helped me remember that the ultimate goal (mine anyway) is to embrace parenthood and to recognize it as the beautiful mess that it is.

One day, not long from now, she’ll leave that room behind, box up her favorite treasures and cart them someplace new. And I’ll help her pack—sure to salvage a lone sock or something to remind me of the days that were filled with chaos but with joy as well.

Planet Mom: It’s where I live, mastering the art of defective parenting. Spectacularly. Visit me there at www.facebook.com/NotesfromPlanetMom.

Filed under "G" is for Guilt, In the Trenches of Parentville, Love and Other Drugs