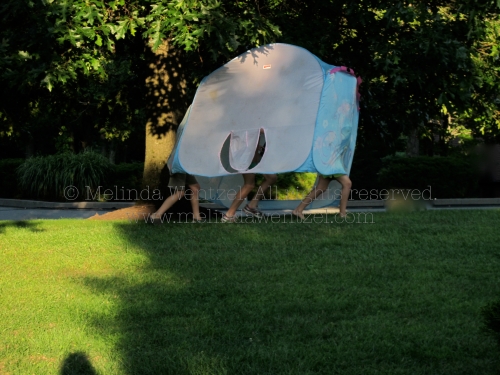 Seems like only yesterday that my brood was finishing up grade school, poised to devour the summer months…

I love this time of the school year, as we straddle the delectable months of May and June—quite literally on the cusp of summer. Translation: The celebrated death of structure is nigh and I can almost taste the deliverance from order and obligation—especially as it relates to parenting a pair of wily fifth graders. Far and away, it’s my favorite wedge of weeks on the academic calendar; although September’s nice, too, with its bustling fleets of bright, yellow school buses, towers of textbooks and freshly sharpened pencils. Trendy backpacks and lunchboxes abound, too. Everything, it seems, is awash with newness come September, just as it was so very long ago when I headed back to grade school with the swarming masses (and a newfangled Scooby-Doo thermos).

But the present chunk of time is downright edible—a delicious string of days that meld together like the final pages of a good book. Needless to say, the sundrenched afternoons and scrumptious evenings filled with Frisbees and the ever-present thrum of crickets woo me into thinking that nothing on earth could possibly be better—except maybe a moratorium on homework, which is pretty much what we’ve been granted of late. That said, there is no substitute for this season’s splendor—and the fireflies we are eager to chase at dusk. Nor is there any match for the grand finale my kids revere more than life itself (i.e. the culmination of school, with its patented swirl of delirium-inducing celebrations and jammed-to-capacity schedule of events). Indeed, it is a frenzied cluster of weeks that threatens to claim my sanity, but it passes all too quickly and I find myself pining for more.

If I had my druthers, another 30-day chunk of time would be sandwiched between the fifth and sixth months, infusing the school calendar with that which is righteous and good (namely, science projects that don’t necessitate the summoning of a marriage counselor, sports schedules that are very nearly practicable and weather forecasts that typically include blue skies and balmy temperatures). Juneuary, I’d call it. Of course, it would contain a perfectly frivolous holiday during which people would pause for three consecutive days to pay homage to squirt guns. Or toads. Possibly both. You’re welcome, said the maniacal visionary and curator of whimsy.

Alas, there is no Juneuary, and a mere handful of days remain in my children’s school calendar—a woeful reality that is, of course, punctuated by the fact that this week will officially end their grade school years. That said, my brood is poised to enter middle school in the fall—where the likelihood of being trampled by a herd of 8th graders is nearly equivalent to that of being stuffed inside a locker (incidentally, a locker that no one will figure out how to reliably lock and unlock without divine intervention and/or the acquisition of at least one superpower).

Never mind the inevitability that I will fail to locate their classrooms on Back to School Night, at which time I will surely forego the opportunity to meet their new teachers because I’ll be too busy wandering aimlessly through the labyrinth of hallways that appear disturbingly similar. Make that COMPLETELY INDISTINGUISHABLE, except for the smallish numbers printed near the doors that I may or may not fully discern, given the addled state I expect to be in at that time.

Maybe I should just stow my kids somewhere in the bowels of the elementary school for the summer, so they might stay a bit longer, tethered to the people and things they know best. A place where an embarrassment of items were lost and subsequently found (read: library books, lunch money, a certain someone’s clarinet, eleventy-seven sweatshirts, a beloved Pokémon card and an errantly placed baby tooth). A place where scrapes were tended to, psyches were nurtured and curiosities were fed since the early days of kindergarten. A soft spot to land these past six years—a refuge that has made all the difference this June.

Planet Mom: It’s where I live (searching desperately for the pause button). Visit me there at www.facebook.com/NotesfromPlanetMom.