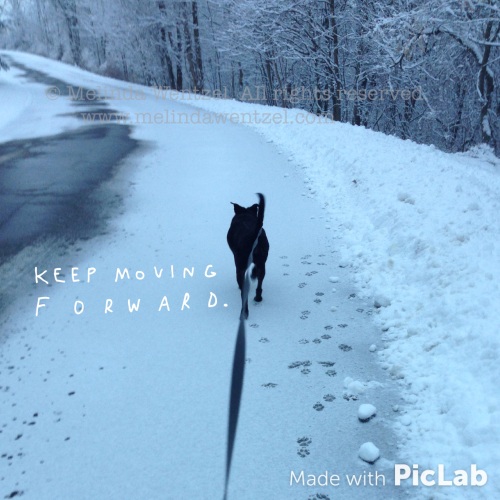 It has been said that dogs are the best brand of exercise equipment on the market. Given my penchant for failure as it relates to fitness, I guess I’m glad I own a dog. However, this leads me to question the wisdom behind a lot of my past purchases. Lately I’ve been wrestling with the notion of parting with my beloved treadmill—the one that has lived in my home for an eternity. And before that, in a shoebox-of-an-apartment I shared with my brother. And before that, in a house I shared with my first husband. Needless to say, the treadmill in question was far more impressive than the aforementioned apartment could’ve ever hoped to be. It also outlasted the abovementioned marriage and, in fact, wooed me enough to demand that it become part of my divorce settlement—so great was its ability to convince me that I couldn’t possibly function without it.

More often than not, said nugget of wonderfulness was situated near a window. A practical move based upon my perfectly undocumented belief that a view of the great outdoors would somehow inspire me to exercise with more fervor and regularity. Never mind that I can’t readily recall when I last used it. Or that my brood masterfully adorned it with a makeshift tightrope, time and again—designating it as a staging area for death defying Barbie trapeze acts, as well as for storing an embarrassment of toys. Maybe that’s why I find it so completely endearing even now. It holds a wealth of memories—albeit ones that remind me of my inundated-with-Legos way of life. Or maybe it’s because I became enamored with the idea that the embodiment of fitness, both attainable and discreet, could be neatly tucked into a corner of my home—affording me at least some semblance of control over my vastly disordered environment and scheduled-to-the-hilt sort of existence.

Proving that I had learned next to nothing about myself as it related to ambition (or the lack thereof), years later I whined for yet another piece of fitness equipment—a recumbent bicycle. My current husband, dutiful and sweet that he is, ordered me one. A fancy-schmancy, mondo-programmable, ergonomically designed, totally unaffordable slice of Schwinn heaven. A bike that promised I would look like a Greek goddess in six minutes or less—all in the comfort and convenience of my home. Or maybe it was six weeks of grueling workouts I’d have to endure in order to achieve such a feat. I can’t be sure.

Shortly before it arrived, however, I remember relishing the thought that it would soon be MINE—to pore over and ogle to the point of delirium, to pedal and program with unbridled enthusiasm, to become hopelessly fixated with its profusion of bells and whistles which, of course, included an adjustable fan, a nifty little pair of transport wheels and comfort-fit handlebars. What’s more, there was a reading rack gizmo and an ideally positioned nook for stowing one’s remote control and/or wine goblet—so thoughtful and intuitive were the makers of my latest and greatest obsession.

As one might expect, we plunked said glorious piece of machinery near a window and angled it to face the television—lest I become bored while peering at the tired lawn and less-than-inspiring shrubbery outside. Sadly, tedium rained down like a scourge and the bike has since joined the ranks of every other hunk of fitness-related hype with which I allowed myself to become shamelessly infatuated (i.e. the legions of dumbbells now gathering dust beneath my couch, the gym membership I failed to use—EVER, the perfectly coiled yoga mats currently housed in a closet, unceremoniously sandwiched between someone’s snow boots and a forgotten bowling ball, the Tae Bo tapes).

Despite all logic and understanding, however, part of me holds out hope that one day I’ll redeem myself by becoming consumed with the notion that the abovementioned items can, indeed, be resurrected. Even by someone who fails spectacularly to will herself to do much of anything—aside from walk the cussed dog.

Planet Mom: It’s where I live (probably walking the dog). Visit me there at www.facebook.com/NotesfromPlanetMom. The content of this article, as it appears here, was previously published in the Khaleej Times.

Comments Off on Fitness for Dummies

Filed under Home for Wayward Toys, In the Trenches of Parentville, motherhood