Filling the Void with Remembrances 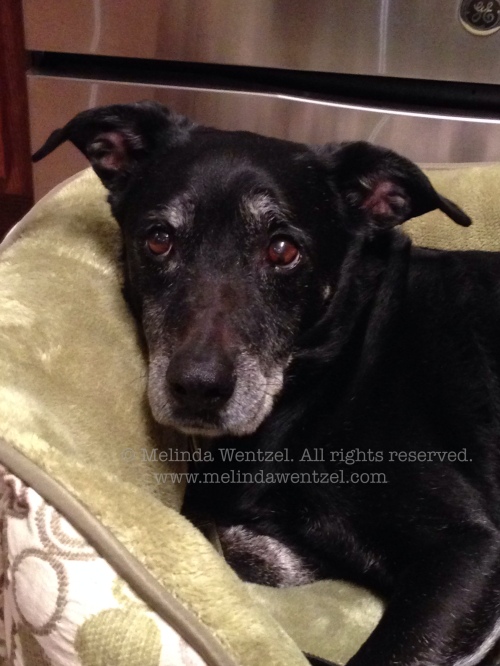 He had the softest ears of any dog I’ve ever known. That said, I almost never passed up an opportunity to caress them. Nor could I deny how I loved snuggling with him on the couch, his box-like body curled up and wedged next to mine—safe and warm. No matter what the day had thrown at me, I knew I could always count on him to erase the tension and to reconnect me with the here and now, almost the instant I stroked his fur and scratched behind his ears.

He had a penchant for chasing crows, for stovetop popcorn and for following me from room to room as if we were tethered together, a girl and her dog. I swear I can still hear his toenails clicking on the tile floor behind me, never mind the jangle of his collar every time he shook his head or sneezed—which he was inclined to do whenever he was happy. Of that, I am sure.

His name was Jasper and he was the most wonderful rescue pet anyone could ask for—the epitome of a “good dog.” But we lost him—three days after Christmas, no less, his aged body too tired to continue another day. Like so many dogs, he left us bit by bit as he declined over a period of months—his daily jaunts around the block becoming slower and shorter, eventually ending altogether when we had to carry him to the backyard. We tried hand feeding him to keep up his strength, to no avail. We covered him with a blanket and kept a vigil where he lay on the couch to give him some measure of comfort. We put him between us in our bed on his last night on this earth, to let him know he was loved—unconditionally.

Although it’s been almost five months now, I can’t seem to accept the fact that he’s gone. His ashes and plaster paw print came home from the vet’s shortly after his death. But I still listen for his rhythmic breathing in the quiet of night. I stare at his bed, now empty, yet lined with traces of black fur—an unwelcome reminder of what was. Against all logic and understanding, I can’t bear to remove his food dish from the kitchen. Not yet anyway. What’s more, there isn’t a room in the house where he didn’t have a favorite spot to lie, and that’s exactly where my eyes fall the minute I step through each doorway. I can’t help but visualize him in those places, his head resting comfortably on his paws, his caramel-colored eyes watching me with hopeful expectation, since there was always the possibility I’d suggest that we go for a walk and chase the godawful crows together. Heaven knows he wouldn’t want to miss a signal.

Strangely enough, I miss tripping over him. Well, maybe not so much, since that was beyond 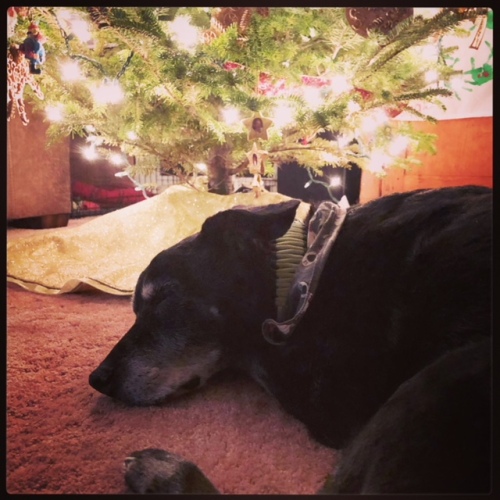 exasperating—especially in the kitchen when I cooked his meals—scrambled eggs, ground beef and rice. Truth be told, what I miss the most is kneeling down on the floor to hug him—gently wrapping my arms around his warm frame and placing my head against his, something the people at the SPCA taught me how to do appropriately. Who knew there was a proper way to hug a dog? At any rate, I followed their advice and it seemed to engender a remarkable sense of calm—in both of us. Sadly, hugging my tiny, yappy dog in a similar manner doesn’t produce the same result. Maybe it’s because he’s not as tolerant of my foolishness. Maybe it’s because he’s incredibly small. Maybe hugs just aren’t his thing.

One thing I know for sure is that he misses his forever friend, too. There are days he pads around the house in search of him, wondering why he’s no longer here to toss favorite toys in the air and growl at each other—just for fun. Other days he just seems sad—something with which I am all too familiar.

Planet Mom: It’s where I live (missing my dog). Visit me there at www.facebook.com/NotesfromPlanetMom.

Comments Off on Filling the Void with Remembrances